Queen's Beach is one of several beaches that constitute what is commonly referred to as Waikiki Beach. 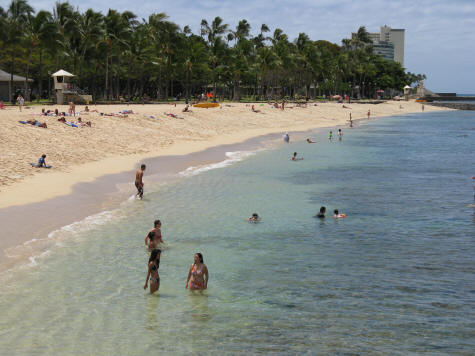 Queen's Surf Beach is located east of Kuhio Beach (and the Waikiki Pier).  Kapiolani Park is located directly to the north.