The closest golf course to Waikiki is the Ala Wai Golf Course.  It is conveniently located on the north side of the Ala Wai canal.

There are many other public golf courses around Honolulu and elsewhere on the island of Oahu. 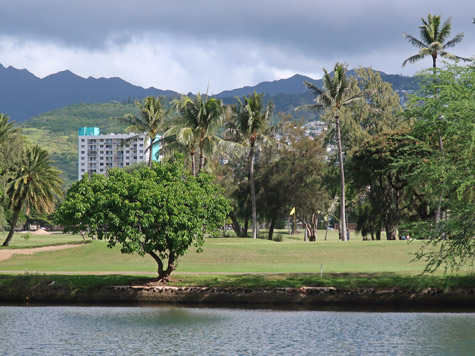 Other golf courses near Waikiki Beach include the following: